The three-point seat belt was invented sixty years ago by Volvo, and has been credited as saving over one million lives. So what is the technology behind the seat belt and how does it work?

Today the three point seat belt is a standard feature in all trucks around the world. Originally a fixed belt, the roller/retractable seat belt we know today was introduced in the USA in the mid-1950s, with the three-point seat belt launched by Volvo four years later.

The technology behind your modern truck seat belt is straightforward. The three-point seat belt is a Y-shaped combination of lap and sash belts which is drawn over the body and locked into the buckle holder. It restrains the energy of your shoulders, chest and pelvis when the vehicle is moving.

The seat belt is connected to a retractor mechanism, in which a spool allows the seat belt to be rolled out and tightened back as desired. A locking retractor mechanism responds to any kind of strong force or fast movement such as a crash or heavy braking by instantly stopping the spool from rotating and securing your body against sudden forward movement.

Another key element of seat belt technology is the pretensioner, a modification introduced in the 1990s - around the same time as the airbag came into use. An explosive charge is used to drive a concealed piston when sensors detect a sudden stop in vehicle movement. The piston then drives the spool around which the fabric strap is wrapped. This instant retraction pulls your body firmly back into the seat.

Airbags and seat belts are designed to work together, not replace each other. The seat belt will keep you in the vehicle during a crash, while the airbag cushions your head and upper body to minimize injury.

While truck seat belts were originally mounted on the B-pillars, they are now often mounted onto the seat itself. This increases comfort, as it follows the movement created by modern cab suspension.

How should you wear your seat belt?

When it comes to seat belt usage, we know that it is statistically lower in trucks with research showing that around a third of drivers don’t wear one. The nature of the assignment is often cited as a reason for this. For example, those working in city distribution or refuse collection may consider it time-consuming and unnecessary to keep putting on and taking off a seat belt when they are constantly in and out of the cab.

The blunt truth however, is that 50 per cent of truck occupants killed in traffic accidents would have survived if they had buckled up. Whether its laziness, lack of comfort or simply habit, the few reasons for not using a seat belt don’t stack up against the one million lives this safety innovation has saved.

To learn more, download my guide to seat belt mechanics, which includes: 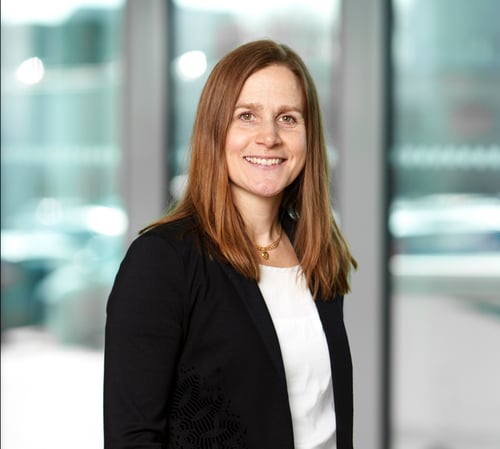 Is your mobile putting you at risk when out on the road?

Ever find yourself behind the wheel but not fully focused on the traffic around you? Or notice someone else on the road …

Truck driving at night - tips for a safer journey

Statistics show that nearly half of all traffic fatalities occur in the dark. This despite only a quarter of journeys …