Specifying the right engine when buying a new truck is key to getting the most out of your investment. Here is a look at some of the most important concepts.

First off: power. With engines, power is normally measured in horsepower (hp). This used to be calculation of the time it took a horse to pull specific weight a set distance. But today, it’s arrived at by multiplying the torque (the turning force) by the speed of the engine (RPMs). At Volvo Trucks, long-haul engines range from around 400hp to 750 hp. An engine with more horsepower allows you to haul heavier loads, haul at a faster speed and up steeper hills. On the other hand, it will normally consume more fuel if the driver uses too much horsepower.

Keeping an eye on torque (the turning force) and the engine speed (RPMs) individually can be helpful, too. Take Volvo Trucks’ new D13TC turbo-compound engine. It adds an extra car’s worth of torque (300 Nm) through greater engine efficiency, while keeping RPMs (engine speed) low. The added torque delivers more speed when driving up hills. Meanwhile, low RPM’s means that the truck is both quieter and consumes less fuel.

Another measure is volume. The engine volume is the total volume of all cylinders in the engine and is measured in litres. Engine volume is often brought up when talking about the engine sizes of cars and pick-up trucks, where engine size vary significantly. But the number of cylinders doesn’t vary as much when it comes to long-haul trucks. That’s because although more cylinders give more power, too many put the engine under undesirable stress. That’s why you’ll find, for example, that Volvo Trucks’ long-haul diesel engines are all six-cylinder 13L engines, while trucks covering shorter distances sometimes have four-cylinder engines.

Alongside these measures, is one of the most significant differences of all from an engineering and environmental standpoint. How is the engine dealing with hazardous NOx emissions? Here, there are two main technologies: EGR and SCR engines. EGR (Exhaust Gas Recirculation) treats emissions within the combustion chamber by lowering the exhaust gas temperature and NOx production. Meanwhile (Selective Catalytic Reduction) SCR deals with emissions using catalyst and a diesel exhaust fluid (DEF) – commonly known as AdBlue – to lower NOx.

Both technologies have pros and cons. For instance EGR doesn’t require the bulk and weight an SCR system would occupy on a truck but at the same time it creates challenges when it comes to engine performance and fuel economy.

Nowadays there is a third alternative, which is turbo compound technology. Turbo compound engines use both SCR and EGR technology to significantly reduce AdBlue usage. In certain segments, like long-haul, they are also able to deliver high torque and lower fuel consumption.

More environmentally-friendly alternatives on the rise

Then there are alternative fuels which are gaining traction thanks to the increasing concerns about climate change, finite natural resources and energy security. Today some of the most important alternative fuel options that work in existing diesel engine infrastructure include synthetic fuels, biodiesel and HVO. (You can read more about biodiesel and HVO here)

Gas-powered engines are also a viable alternative in certain segments such as long-haul where LNG stands out as a promising option. Then there are electric trucks which are particularly suitable for urban distribution, light construction and regional transport. (Want to know more about electric trucks and whether they could be right for your business? Click here)

It’s important to note that specifying a vehicle is about more than just the engine, it’s about the whole truck. There are a number of questions you should ask yourself about your operations, the routes you travel on and your loads to determine which engine specification might be right for you.

I have prepared a short guide that outlines the key 4 questions you should ask yourself before choosing an engine for your next truck. 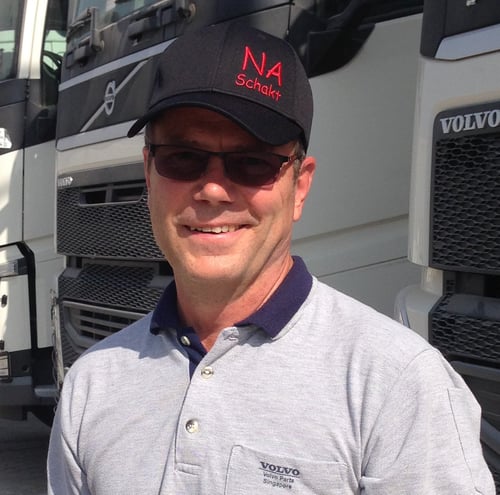