A lack of skilled truck drivers is already hindering economic growth, and if it is not dealt with it could become a much bigger social problem. To solve the crisis, we need to understand why fewer people are joining the profession.

All the data and research suggest that a shortage of truck drivers is real, it is universal across all industrialised economies and it is getting worse. In Germany, there is already an estimated shortage of around 45,000 drivers,  two-thirds of current drivers are expected to retire within the next 10-15 years. In the UK, there is a shortage of around 50,000 drivers and another 35,000 are expected to retire in the next two years. In the US, in 2018 the driver shortage grew from 10,000 to 60,000 in just one year, and is expected to double in the next decade. At the same time the global demand for freight is set to triple by 2050.

Trucking businesses are feeling the pain of driver shortage

The shortage of skilled drivers is already having a huge impact on the transport industry and haulage companies. In the five biggest markets in Europe (France, Germany, UK, Poland and Spain), 75% of transport companies now claim they are experiencing a lack of drivers. In Germany, where the shortage is most acute, it is now up to 94 per cent. 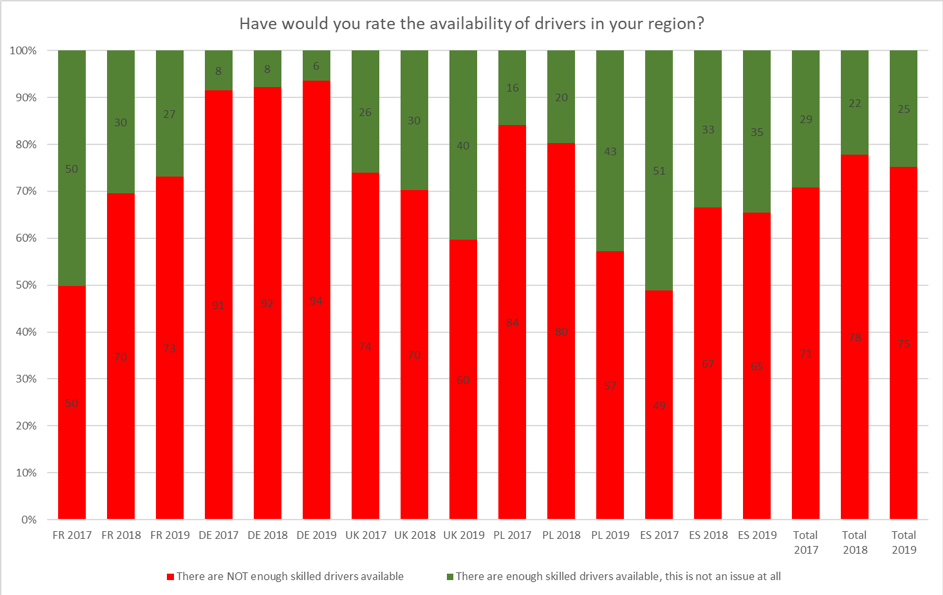 We also know that this is affecting how many companies manage their fleets. Some are downsizing and turning down business because they simply do not have the drivers to meet demand. For example, around 20 per cent of trucks in Germany are at a standstill due to a lack of drivers.

Salary increases can only partly address the problem

So what is the solution? The obvious answer is to increase salaries, and indeed some transport companies are doing that. For example, some are linking salaries with fuel consumption and rewarding efficient drivers with bonuses. But in the long-term this is not sustainable. It just creates a new minimum standard and when everyone meets that standard, the cycle repeats itself.

Challenges of life on the road

This also fails to address what I believe is the underlying reason for why fewer people want to be trucks drivers. It is not just about pay but also about quality, time away from home and the often challenging conditions associated with life on the road.

The issue of image

The profession also has an image problem, where truck driving is still seen as a low-skilled job that requires a lot of heavy lifting. It is also perceived as a very masculine industry, which no doubt puts off a lot of women entering the profession. The problem is that too few people know enough about the daily work of a driver. Technological advances mean that the job today requires more brains and less muscle. It is far from boring; it requires a broad range of skills and it allows for far more personal freedom than many other occupations.

Driving is no longer a low-skilled job

It is also a job that increasingly requires more and better training and expertise. In previous generations, in many Europeans countries at least, some people learned to drive trucks and buses during their compulsory military service, which automatically created a source of potential drivers for the transport industry. Today, not only has compulsory military service ended in most countries, but the training and educational requirements are much higher. To become a certified truck driver in the EU today requires 280 hours of training, plus an additional 40 hours every fifth year in order to renew the certificate. Clearly driving is not a low-skill job that is often thought to be and this message needs to be communicated more.

Truck drivers are the backbone of our economy

We live in a society that is extremely dependent on truck drivers. If we experience a severe shortage, or a mass strike, we would very quickly run out of basic necessities like food and fuel. Every time garbage collectors go on strike, whether it is New York, Rome, Birmingham or Paris, it creates huge sanitary problems within days. To me, drivers are everyday heroes and today we very much underestimate how what a central role they play in making our economy function.

Unfortunately there is no easy solution to driver shortage, but as a haulage operator there are a few fixes that could help the industry hire and retain more truck drivers. I have prepared a guide that outlines a few practical steps you can implement in the near and short term. 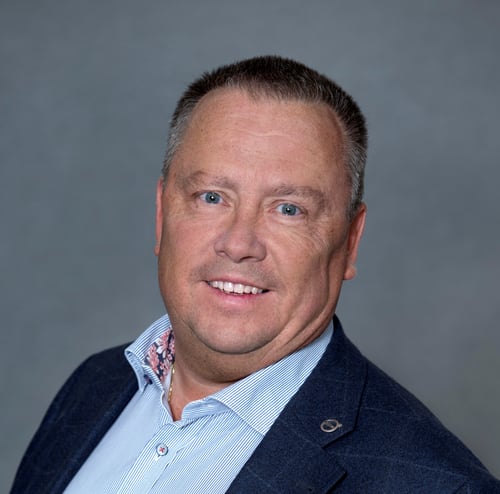 Gunnar is a Project Director at Volvo Trucks Europe.