As any experienced fleet owner or manager will know, fuel fraud is a decade-old problem. But as the price of oil continues to rise and methods for theft become more sophisticated, the problem has gotten much worse. Here is a look at some of the most common ways in which fuel fraud happens today and what you, as a fleet owner, can do to protect your business.

The potential gains and relatively lenient criminal punishment for fuel theft around the world has made the activity a worthwhile endeavor for criminals. In fact in the United States a multi-million black market for stolen diesel means that criminals can make $1,000 or more a day re-selling stolen fuel. While in the UK London’s Metropolitan Police revealed that the value of fuel stolen was £1,113,074.98 in 2018.

The trucking industry has been hit particularly hard as trucks have huge tanks where the loss of couple of liters of fuel can easily go undetected.

So what are some of the most common ways in which fuel might get stolen from your vehicle(s)?

This happens most often when trucks are left unattended in parking lots with limited surveillance, where thieves can make off with the fuel by pumping it directly out of the truck’s tank. This type of theft often happens at night when the driver is asleep and the consequences can be worse than just stolen fuel as thieves often also damage the tank by puncturing a hole in it. Fuel siphoning is not just an act that damages your bottom-line but one that is also a security concern as drilling a hole in the tank can easily cause a spark that results in an explosion.

Fuel card misuse is probably the most common scenario where company resources are used to purchase fuel for other vehicles or sell it onward at a profit.

This method of stealing fuel has grown significantly over the last years. Card skimmers are small electronic devices illegally installed inside gas pumps that collect information from the magnetic strip of a credit or debit card when it is used during a transaction. Initially these devices were attached to card readers on the outside of the gas pump, but now they can be installed inside the pump, use Bluetooth or be integrated cell phone components to steal card and PIN information.

Preventing fuel theft is a priority for many fleets not just because of the impact it has on fuel costs but also due to the fact that it risks damaging your equipment, resulting in delayed or missed deliveries.

Luckily there are a number of simple steps and best practices you can implement today to reduce fuel fraud. Below is a look at a few of them.

Tip #1: Install effective security and lighting on your premises

Thieves often target poorly monitored storage yards, compounds, truck stops or warehouses. They will typically asses the risk and opportunities during the day and strike when at night or during weekends where there is a lower risk of being caught. Equipping your premises with the right lighting and cameras can help reduce the chance of becoming a victim of fuel theft. A strong perimeter fence will deter the occasional/opportunistic thief and also slow down the more organized ones so that your other security measures can be deployed. Installing signs that highlight the security measures (CCTV monitoring for example) you have put in place will also serve as a deterrent

Having a dialogue with drivers about the threat of fuel theft and how it impacts fleet profitability is key to reducing instances of theft. Drivers should be aware of any systematic approach the company takes to tackle the issue and what they can do to minimize threats when on the road. This could include:

Installing locking fuel caps, siphon screens, or other anti-theft devices is a great way to prevent fuel theft. Locking caps prevent access to the fuel tank by a key lock. Anti-siphoning caps are made to prevent siphoning of fuel, which blocks pumps from being inserted into the fuel tank.

One of the best ways to track fuel operations is to invest in a comprehensive fuel management software system. These systems can track fuel data in real-time, so you don’t have to pour over spreadsheets and tank levels. Using a fleet management software, like Dynafleet, can also help you set benchmarks for how much fuel should be consumed by a truck over a given distance. If fuel consumption is significantly higher than the benchmark this could be a reason to investigate further.

Fuel cards can help reduce instances fuel theft by setting certain limits on fuel purchases in terms of quantity of fill ups per day and/or on volume/sales amounts. Individualized PIN numbers and policies about not sharing these numbers and keeping the cards locked in vehicles can prevent third party fraud and theft. Fuel card procedures can be further bolstered with an alert system on the card that can notify the fleet manager about improper fuel spend. For example at Volvo Trucks we offer a refueling surveillance service option in Volvo Connect that monitors and reports possible fraud and problems related to truck refueling using a DKV fuel card. Alerts are sent when the refueling amount is below a certain threshold or above the capacity of a truck, giving operators the possibility to identify fuel fraud as it happens.

Tip #6: Invest in a truck with an alternative driveline

It is much more difficult to steal fuel from an LNG (liquefied natural gas) truck where the fuel is stored at 4-10 bar pressure at a temperature of -140 to -125 °C.  Beyond fuel thefts though, there are a number of advantages in investing in an LNG solution (like one from Volvo Trucks) including lower fuel costs, a better environmental footprint without any compromises on engine performance and range. Click here to find out more about LNG technology and whether it could be right for your business.

The power of positive reinforcement through the right culture and incentives is probably one of the most effective ways to reduce overall fuel cost. Financial rewards for driving fuel efficiently can create cultural change and increase the incentive for drivers to save fuel. And the rewards don’t even have to be financial; it could be extra holidays, vouchers, eligibility for a vehicle upgrade or just a recognition. Rewards could even be given out to teams and not individuals which could create a shared cultural approach and a peer pressure to stay within the rules. Your fleet management systems can be used to monitor driver performance, give feedback and implement a good reward scheme. 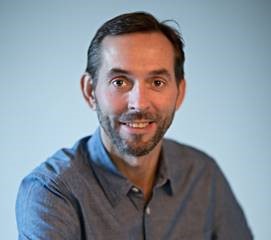 Henrik is a Business Manager for long-haul at Volvo Trucks.