More and more companies are choosing to rent their trucks rather than purchase them outright, due to the flexibility and convenience it can offer. There are also a number of other economic and social trends that are making renting an increasingly viable solution. Here are the top six.

Rise of the sharing economy

New technology is enabling new business models, the biggest being the concept of sharing rather than owning. In the automotive industry, this means increasingly people no longer want to purchase vehicles, and prefer to rent or lease them as and when needed. In the sharing economy, the risks of ownership are transferred from the customer to the manufacturers, who essentially become service providers and take full responsibility for all repairs and maintenance, insurance and other ongoing costs.

The rise of the circular economy

In contrast to the traditional linear economy – which is based on the concept of buy, consume, dispose – a circular economy is a regenerative system where resources are reused and utilised to their full potential. Traditionally many transport and haulage companies have vehicles on standby as a precaution against unplanned downtime or short-notice assignments. However, using truck rentals as a back-up instead – which is in line with the circular economy concept – means fewer underutilised vehicles and less waste.

Under the International Financial Reporting Standards (IFRS) introduced in 2019, any asset leased for less than 12 months does not need to be included on a company’s balance sheet. As a result, companies can expand their fleets without negatively affecting internal KPIs such as return on capital, and by extension protect their credit rating.

In many countries, demand fluctuates wildly and future forecasts are increasingly difficult to predict. With the world financial crisis of 2008 and its aftermath still fresh in many people’s memories, many companies are reluctant to risk making long-term financial commitments. Truck rentals by comparison offer much greater flexibility with reduced risk. This enables companies to increase their fleets at short notice, while minimising their exposure to sudden downturns.

Until recently, renting a truck involved the customer having to physically visit a dealership, which took time and effort. However, thanks to the internet and digitalisation, it is now possible to book and rent a truck with just a few clicks of the mouse. Since the process is now so quick and simple, many more companies are looking into truck rentals as a solution. But it's not just the ease of renting trucks; digitalization is also enabling greater efficiencies for trucking companies and introducing new business models that could transform the industry.

Whether its alternative fuels, connect services or new functions, the pace of technological change within the automotive industry is going at breakneck speed. For customers who traditionally like to service and maintain their own vehicles, the added complexity of trucks is making this increasingly difficult leading to many companies to delegate this responsibility to manufacturers via rental agreements. Renting a truck is also a great way for a company to trial a new technology before committing to a purchase.

These are only a few of the reasons why rental might be a suitable option for your business. There are of course other ways to grow; like leasing or purchasing your next truck.

I have prepared a guide that outlines the pros and cons of these different options and the questions you should ask yourself to determine which one is right for you. 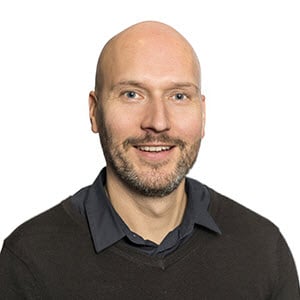 How to choose the right aerodynamic fittings for your operation

Aerodynamic devices can save a typical long-haul operation as much as 10%* in fuel consumption. But it’s not just …

How code 95 training can benefit your trucking business

Great truck drivers are the core of all profitable truck companies. Developing your drivers with training is essential …

Thinking of buying a used truck? Here is what you should consider

Whether its affordability or a lower rate of depreciation, buying a used truck can be a great way to expand your fleet. …