When we talk about automation, people think of self-driving vehicles, and so naturally drivers’ first reaction is that they will be replaced. But automation is bigger than autonomous trucks, and in reality, automation is probably already affecting your job –for the better.

If you look at a truck or passenger car built today, there is already a host of automated features such as adaptive cruise control, automatic braking, lane keeping support, just to name a few. These are designed to support the driver and make their job easier. Going forward, more and more features will continue to be automated.

Self-driving trucks are a long way away..in most applications

We are a long way from seeing fully autonomous trucks driving on public highways being the mainstream, although personally I believe we are not far from seeing them in certain applications, namely hub-to-hub transport on set routes. This means that drivers should not see autonomous technologies as a threat – far from being replaced, your skills will be in even greater demand.

The situations where we’re likely to see self-driving trucks first, are where you have repetitive flows, between two points, where the truck drives the same route over and over again. If we get self-driving trucks to take over applications like these, typically found in e.g. mines, ports or between hubs, then this frees up skilled drivers to work in other more stimulating areas, where your skills are put to better use. For example, jobs that involve navigating city streets, interacting with other traffic and making last-mile deliveries.

If you are still skeptical, consider this: all trends suggest that our need for transport is going to increase. The International Transport Forum believes that demand for global freight will triple between 2015 and 2050. Growing populations, e-commerce and greater expectations of same-day deliveries – all this will mean more and more goods will need to be transported and the baulk of it using trucks.

Greater demand for transport and a scarcity of drivers

The growing demand for transport will also put pressure on the availability of skilled drivers. In the US for instance where the issue is already at critical levels, the shortage of drivers is expected to double in the next ten years. In Europe, around 20 percent of driving jobs are currently unfilled and likely to remain so in the near future. Automation could help address this chronic driver shortage by reducing the number needed for monotonous and repetitive tasks.

Overall, the growth and prosperity that automation can generate will create more jobs than it will take. Not only will it increase demand for skilled drivers, it will transform the logistics chain and create new business models, which in turn will create a host of new jobs in new fields.

Humans will be in driver's seat for a long time

People will continue to play a central role in logistics no matter how advanced autonomous technologies become. There will always be situations where human judgement, communication skills and reasoning will be necessary. With the dawn of automation in logistics, some jobs may remain unchanged, but most will transform and increasingly work alongside new technologies.

I have put together guide that looks at some of the key skills that will be needed in future logistics flows and the roles automation could create. Click below to download the guide! 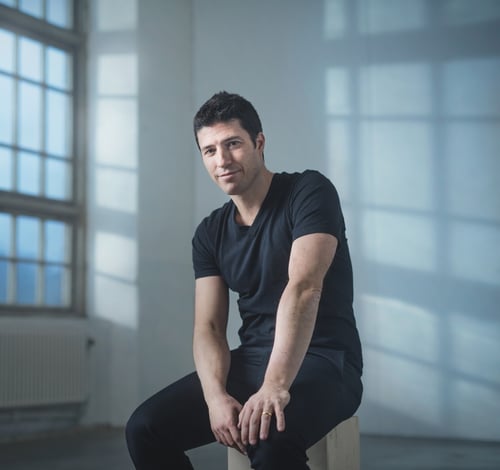 Sasko is a Director of Autonomous Solutions at Volvo Trucks