By enabling communication between vehicles, infrastructure and other road users, Cooperative Intelligent Transport Systems (C-ITS) can greatly improve safety and efficiency in road transport. Here is a look at some of the most recent developments in C-ITS and how quickly the technology could change the way we drive and interact with each other in traffic.

Imagine if your truck could talk to other vehicles ahead and they could inform you about any upcoming hazards? Or if your car could communicate with the traffic lights, know when they’ll be green and time its run to avoid stopping? The benefits of having vehicles and infrastructure share data are many, and offer huge potential for improving traffic safety, reducing congestion, reducing fuel consumption and improving the overall comfort and ease of driving.

Investments into trucks, cars and infrastructure

For this reason, more and more OEMs – of both passenger cars and commercial vehicles – are investing in the field. Just recently Volkswagen announced that it will make its Car2X technology standard in its new Golf. Meanwhile Ford claims its C-V2X will be released in early 2022. The EU is co-funding C-Roads, a joint initiative with European countries and road operators, to create corridors for piloting C-ITS systems.

So when is this likely to happen? The common consensus is that C-ITS will be introduced in three phases. Phase one will be systems that deliver warnings. For example, if a vehicle experiences a slow-moving vehicle ahead, road works or a traffic jam, it can communicate this message to all other vehicles heading in its direction. The next phase is sensory, where vehicles will read traffic situations and alert the driver if an action needs to be taken. The third phase will involve features such as CACC (Cooperative Adaptive Cruise Control) which will to allow vehicles to “cooperate” by communicating with each other while in the adaptive cruise control mode. The result is that vehicles can follow more closely, accurately, and safely, with braking and accelerating done cooperatively and synchronously.

The technology to make such systems possible is relatively mature and for the most part ready today. At its core, a C-ITS system consists of a box inside the truck for sending and receiving messages via WiFi, and a human-machine interface for delivering messages to the driver’s dashboard. It uses the same cameras and sensors that are already equipped in most new vehicles today as part of their active safety systems. They just need to be further developed and refined to work in a larger system.

When will we see CITS in action?

While the technology is relatively mature, to date efforts at deployment have not progressed as far. For C-ITS to work, we need one common platform that is compatible for all vehicles and brands, as well as infrastructure. The EU is actively supporting the roll-out of C-ITS systems by facilitating the development of such a platform – as well as a legal framework – but at the time of writing it has still not been able to pass its most recent legislation. Recent debates about 5G vs. WiFi as a standard for connected vehicles the EU has also further delayed the adoption of a common framework for the roll-out of C-ITS.

But these setbacks have not discouraged truck OEMs who continue to develop the technology to enable road users and traffic managers to share information and use it to coordinate their actions. This cooperative element is expected to significantly improve road safety, traffic efficiency and driver comfort.

Are you interested in finding out more about C-ITS and how the technology continues to evolve to enable connected vehicles? Then download my guide which outlines 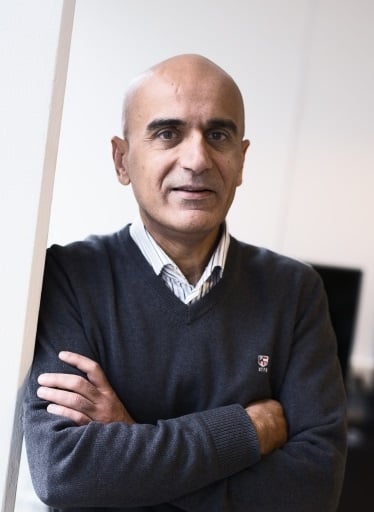